Your commitment to the National CSE day has made the 2017 Awareness Day bigger and better than ever!

As you know the 18th March fell on a Saturday this year, this presented as an excellent chance to widen the awareness raising potential into shopping centres and public venues. As abuse in sport has been brought to the forefront of media attention recently, a Saturday also offered a timely opportunity for awareness raising to take place at football matches (Premiership, Championship and local) as well as the wider range of sporting activities that take place across the UK, such as sports clubs and groups, swimming pools, dance groups, gymnastics, martial arts and so on, many of which take place over weekends and are attended by children and young people and often include volunteers in supporting and coaching roles.

We once again launched a Thunderclap and I would like to thank you all for supporting and sharing it – the stats speak for themselves:

Twitter was busy with our hashtags #CSEDay17 and #HelpingHands from the very start of the day and right through until late at night and we tried our best to share and retweet as many events, photos, comments and hashtags a possible

Some great use of social media over the day included Snapchat, Instagram and Facebook – Cumbria Police launched their Snapchat account by telling fictional story of sexting and exploitation.

Details of just under 200 events were sent in to us from across the UK including:

Events took place in all regions of the UK along with Jersey, the Scilly Isles and Isle of Wight

Amongst the publicity materials were Billboards, pin badges, posters, magazines and tee-shirts all produced by you to raise awareness of CSE

Rugby and football were represented with Welsh Rugby Union Players, Stoke City, Blackburn Rovers and Preston North End all getting involved – there was even a Helping Hands cake baked by Sandy Doherty from Great British Bake Off

The NWG produced several free posters for the day incorporating our new images and logos – we even managed to get these translated for our Welsh friends.

The day was used to launch our new website, created by young people for young people – Faceup2it.  Last year we took over the administration of the Face Up 2 it website which was initially created by Barnardos Dundee, we agreed to take it on and re develop it to fit with the current SaySomething campaign. We worked with young people to develop it and will continue to as it grows, it has a wealth of information and interactive activities for young people.

Our Instagram and Stop-CSE website account was kept very busy with #HelpingHands images – we will keep adding them so please keep going back to see – we will use a selection to promote our training and forums too.

Some of the media coverage included:

Not everyone stopped at a CSE day – Some of you have used the whole month as an opportunity to raise awareness so there are still plenty of events taking place up and down the country.

Next year #CSEDay18 will fall on a Sunday – this will enable a possible 4 day weekend of activities to be planned and we will be happy to support you from the Friday through to the Monday
Thank you to everyone who gave up their Saturday- I know the weather was not especially kind in some regions.
Please keep up the brilliant work that you do raising the issues of CSE all year round – you all make such a difference to many people’s lives.
Resources can be downloaded or ordered from our online shop and our www.stop-ce.org website

PLEASE DONATE TO THE NWG NETWORK

It costs approximately £320,000 per annum to keep our service running. By making a donation today, you can fund our work to train and advise organisations that support so many victims of CSE. 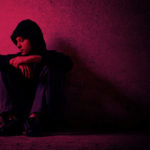 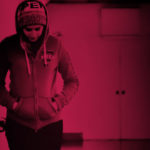 When Megan started to go Missing… 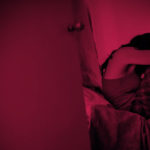 Jess wasn’t an adult. She was just a child…
This website uses cookies to improve your experience. We'll assume you're ok with this, but you can opt-out if you wish.Accept Read More
Cooky Policy

This website uses cookies to improve your experience while you navigate through the website. Out of these, the cookies that are categorized as necessary are stored on your browser as they are essential for the working of basic functionalities of the website. We also use third-party cookies that help us analyze and understand how you use this website. These cookies will be stored in your browser only with your consent. You also have the option to opt-out of these cookies. But opting out of some of these cookies may affect your browsing experience.
Necessary Always Enabled
Necessary cookies are absolutely essential for the website to function properly. This category only includes cookies that ensures basic functionalities and security features of the website. These cookies do not store any personal information.
Non-necessary
Any cookies that may not be particularly necessary for the website to function and is used specifically to collect user personal data via analytics, ads, other embedded contents are termed as non-necessary cookies. It is mandatory to procure user consent prior to running these cookies on your website.
SAVE & ACCEPT